So as part of a class assignment I had to develop a professional Twitter account. I admit, my personal Twitter is probably not the face I want to present to potential employers.

As a long time Twitter user, I really didn’t know if I would learn anything from our class Twitter assignment. I mainly used Twitter to comment on things that I thought were amusing. I had never really considered using Twitter in a professional setting or actively recruiting people to follow me because it was basically me just communicating with my friends.

Actively recruiting people to follow me is the first lesson I learned from our assignment. It’s not just about following friends and people you think are funny, though that is an added bonus.

Getting retweeted is a great way to gain followers, especially if you can get retweeted by someone with a rather large follower base. But also tweeting at people and mentioning them will gain you followers because maybe that account will follow you back.

I also found a great blog that has 50 ways to get more Twitter followers. I will definitely be trying out some of these ideas. And anyone who is interested can follow me on Twitter, my handle is @Amelia_Power.

Okay I admit it, I swear. In casual conversation, when I stub my toe on the coffee table. Basically I think I swear as a filler. But swearing on a professional social media account is a big no-no.

It seems like there are reports almost every day about celebrities or corporate Twitter stories gone bad. Sometimes it is just a slip and it was meant for a personal account, but if you have a doubt about what you are putting out into the social media atmosphere, save it as a draft and come back to the tweet later and ask yourself “Should I really tweet this?”

Twitter is a great place to get news. Yeah, the news accounts do tweet a lot but if something big happens you will definitely know about it. And who doesn’t want to be the first to know about things first?

Even though social media, and Twitter especially, seems like a great place to air all of your personal opinions in 140 characters or less, it’s really not. Anyone can take a screen shot of your tweet and keep it for years without you knowing, even after you delete the tweet. It is always better to air on the side of caution when it comes to airing your opinions.

Twitter is a great place to get access to normally inaccessible people. Celebrities, politicians and corporate Twitters are allowing an unprecedented amount of feedback between regular people and people in power. Just look at this video of celebrities reading tweets about themselves.

Maybe insulting people on social media isn’t a good idea, but it is a valuable tool in developing professional relationships with people you may never have had the chance to. 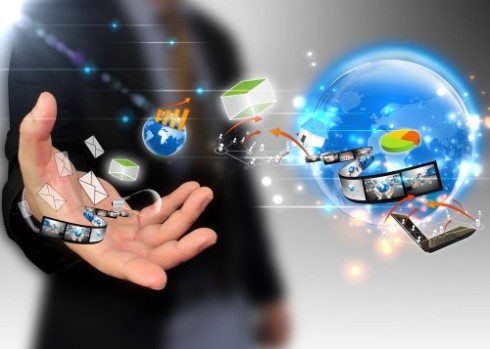 Maybe I’m not the funniest person in the world, but I make the effort to come up with my own jokes. Just because you are posting someone’s content in electronic media does not mean that you cannot get busted for plagiarism.

When I first started using Twitter, I had no idea what a hashtag was. But they are actually very useful for following current events and creating buzz about your Twitter account.

Using something called a ‘Twitter Chat’ will also is great for publicizing an issue. This is a great article about how to create a Twitter chat.

If you aren’t representing yourself truthfully on social media, it can come across as forced or awkward. Also if you ever meet anyone you met online in real life there is going to be a big disconnect between your real personality and your virtual self.

This can also make people very angry when they find out that they have been fooled by you.

9) Linking to Other Social Media Sites

Linking your sites together increases site traffic and makes your sites more accessible. Tweeting about a blog post and providing the link is a great way to let more people know about your blog post. Providing LinkedIn information on your Twitter is great for potential professional contacts you might make.

Researchers say that the ideal number of tweets per day is somewhere between 5-11. If you tweet less than that you are not getting the exposure on Twitter that will gain you more followers. If you are tweeting more than that it can get to be a little much for your followers, like a tweet overload that can backfire.

One thought on “My Twitter Revolution, Top 10 Things I Learned”